The God Of High School Wiki
Register
Don't have an account?
Sign In
Advertisement
in: Martial Arts

Whoahyorakgeyok (Kor: 후아요락격) or Hua (Kor: 후아), in the present time referred to by Mount Hwagwa Monkey as Heavenly Arts 48th Form: Whoahyorakgeyok (Kor: 친술 제 48식 후아요락격), is a type of Martial Arts that Mount Hwagwa Monkey can use. It has only been partially seen but it's seen as being unpredictable, aggressive, acrobatic, fast, and strong. There are unusual feral looking attacks. The footwork has the same traits.

Whoahyorakgeyok is a form of martial arts that was created by the Monkey King, centuries ago, and originally only available to him and his subordinates. It was specifically designed for the monkeys of the Sage Realm and thus can only be utilized by them. It uses a monkey's specific attributes (speed, strength, unpredictability, etc.) and expands on a large attack variety. 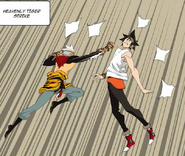 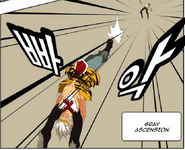 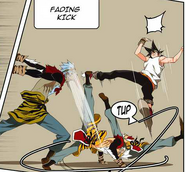