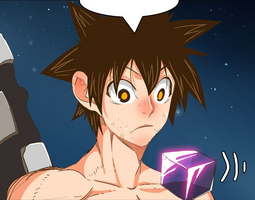 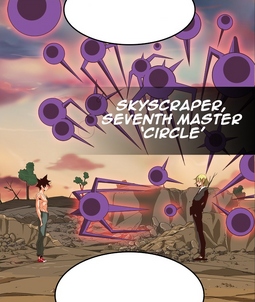 Weapon
Essence of Divine Being

The Circle is core element of The Master of Seventh Heavenly Realm that was given to Jin Mo-Ri as a sign of servitude. It can also be used as a weapon.

The Circle's default appearance is, Ironically, a moldable cube. It can be made into many things, from belt to headband. It will revert to its circle form when it attacks.

The Circle is the essence and life of the Master of Seventh Heavenly Realm, and as such, it has its power.

Retrieved from "https://godofhighschool.fandom.com/wiki/The_Circle/Core_Element?oldid=28421"
Community content is available under CC-BY-SA unless otherwise noted.