Renewal Taekwondo (리뉴얼 태권도, 新式跆拳道, リニューアルテコンドー, "Rinyueol Taekwondo"), or RE Taekwondo, is a type of martial art developed in modern South Korea. It is used by Jin Mo-Ri, Jin Tae-Jin, and Jin Mori's clone, Hui Mori in the series. It is emphasized in strong, linear kicks like its base ITF Taekwondo. Some skills are directly linked with ITF Taekwondo, skills involving Hwechook for example, and some are created purely by Jin Tae-Jin and other associates. It is currently the strongest martial art in the series due to the fact that the Renewal Recoilless can damage the Yongpyo, whereas everything else (including Charyeok) cannot.

In the 1960s, after the Korean War, one of the Northern agents were arrested alive. His abilities were tested by the government by a series of duels with 50 South Korean martial artists. Results were drastic, some of them killed and unconscious. It is revealed that this agent was skilled in a martial art developed with the technology of the Soviet Union and other martial arts, combined with ITF Taekwondo, named "Warfare Mass-Destruction Northern agent's ITF Taekwondo", or "Northern ITF Taekwondo" in short. As a counter, the government developed Taekwondo based on ITF Taekwondo and, with ideas from "Northern ITF", finding their weakness, eliminating them and adding stealth skills to infiltrate enemy camps, RE Taekwondo was created. This style is a perfect counter to ITF Taekwondo. The founder is revealed to be Jin Tae-Jin.

After Jin Tae-Jin's battle with the survived Northern agent was found successful, South Korea built a battalion of soldiers who practiced RE Taekwondo. However, Jin Tae-Jin was the only survivor after they went into North Korea and thus was the only one who knew how to use it. After 20 years, he trains his grandson Jin Mo-Ri in RE Taekwondo.

The Renewal Recoilless is a concept or principle which was developed by Jin Tae-Jin. It could be obtained once the user has mastered all of the basic Renewal techniques and is able to execute any move perfectly by focusing all their energy into a single point without wasting any movement. Every single Renewal technique could get a Recoilless upgrade. This would amplify the kick's power to the point that it could bend space and is strong enough to damage the Yongpyo, an armor stronger than Barbadium, thus becoming the strongest Martial Art in the series. Mastering the Renewal Recoilless concept would allow the user to attack without getting into position and to use Renewal Taekwondo with only one arm to balance which was shown by Dan Mo-Ri and Jin Tae-Jin. Renewal skills that received or were hinted to get a Recoilless upgrade so far are:

Full Contact Karate: One of the seniors of Han Dae-Wi was shown telling Dae-Wi to kill whoever uses RE Taekwondo. However, Han Dae-Wi does not obey and regards him as 'senile old man ordering to kill people in the 21st century'.

Like real-life Taekwondo, RE Taekwondo owns a wide variety of kicks aimed at the upper parts of the body using the rotation of the body as a source of power. However, the users of this martial art often utilize a full arsenal of punches not seen in real life Taekwondo along with the softness/hardness concept of Chinese martial arts and the "bobbing and weaving" of boxing (whether or not this is just Jin Mo-Ri is not shown). RE Taekwondo also has many takedowns that often start with the "hook" kick snaring the victim with the back of the leg in the limbs or the head making them lose balance.

The 3 weaknesses of Re-Taekwondo were noted by Park Il-Pyo: it is very limited at close quarters combat, has limited attack points, and puts a burden on the human body; the last weakness was noted by Dan Mo-Ri noted that using Renewal Taekwondo without proper training, such as by copying it, will give even greater stress to the body than those who train in the art. The application of other martial arts can help make up for the weakness of the first two weakness, but Jin Mo-Ri noted that the third weakness can only be diminished by training. 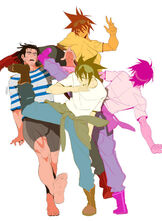 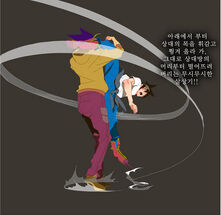 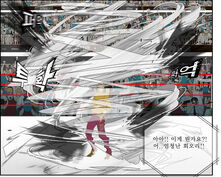 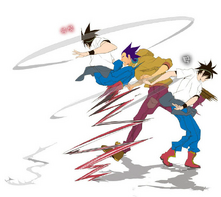 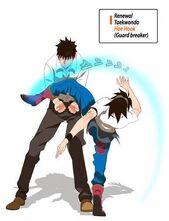 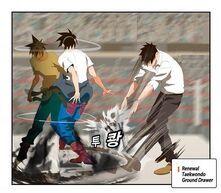 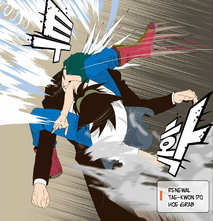 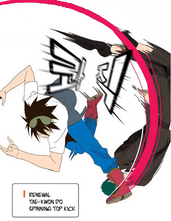 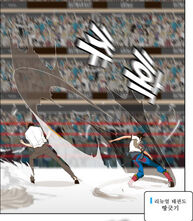 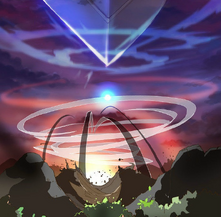 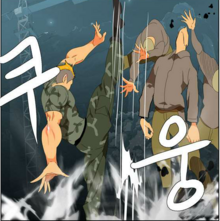 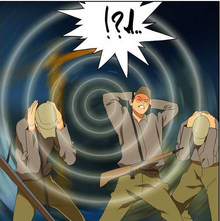 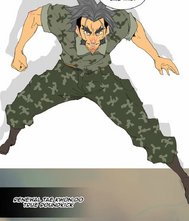 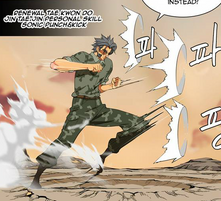 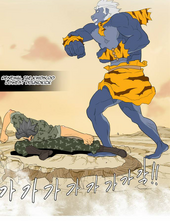 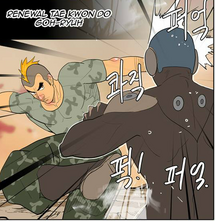 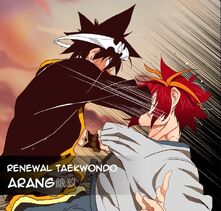 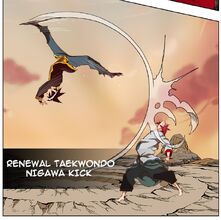 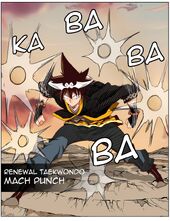 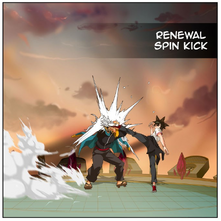 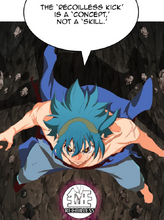 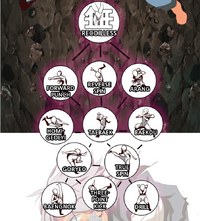 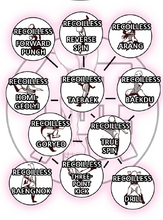