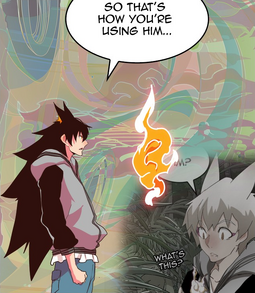 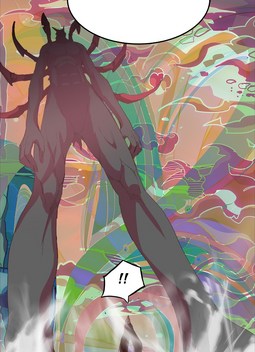 Weapon
Essence of Divine Being

Pralltriller is core element of the previous Master of the Sixth Heavenly Realm that was given to Park Il-Pyo as a sign of servitude. At any time, the core element can takes a giant form to fight alongside Il-Pyo.

Its default appearance is flame. It can takes its form as Master of Sixth Heavenly Realm when needed.

It is the essence and life of the previous Master of the Sixth Heavenly Realm, as such, it has its power.

Interestingly, It chooses Park Il-Pyo as its master, despite Jin Mo-Ri being the one who defeated it.

Retrieved from "https://godofhighschool.fandom.com/wiki/Pralltriller/Core_Element?oldid=26839"
Community content is available under CC-BY-SA unless otherwise noted.