The God Of High School Wiki
Register
Don't have an account?
Sign In
Advertisement
in: Characters, Abilities, Male Characters,
and 5 more
English 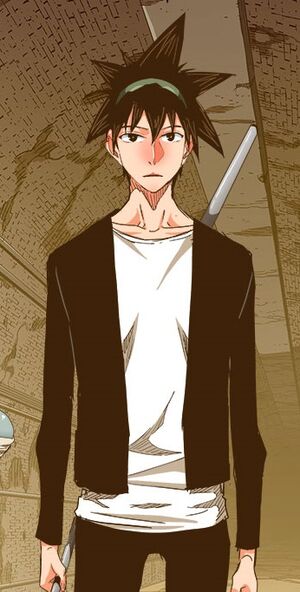 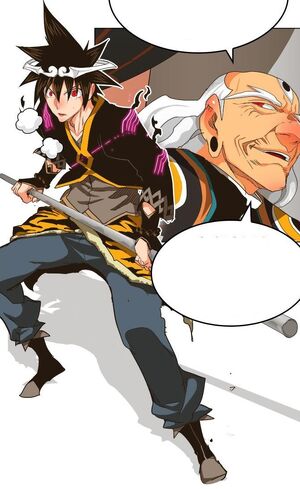 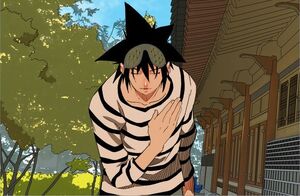 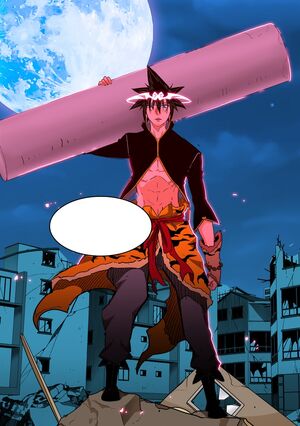 Hui Mori was the main protagonist of G.O.H season 4 and the first-half of season 5, and was also the clone created by Jin Mori to go to the Human Realm with his gourd. As time went on he would become less of Mori's clone and discover his true self.

The clone is identical in every way to the original monkey king, he usually dresses in a striped black and white shirt. Like Mori he has black eyes that turn into crosses whenever He's using Wolge.

When he is awakened, he dons the same clothes as the original Mori and his eyes turn blue. Though, when he fully awakens, his gloves and the pattern on the end of his sleeves are different, with the addition of a grey vest.[2] He also has shoes, which are black boots. It seems that, like gods, these clothes are armor and he can use the armor to protect himself or others. The suit can dematerialize and become a black mist. When excited or angry, his eyes turn red and his right eye exudes flames.

Later he uses the bandana given by Yu Mira and Han Daewi in favour of Mori's sleeping-mask.